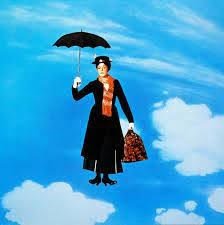 In the summer of 1965, a lawsuit was brought against Walt Disney Productions and the songwriters Richard and Robert Sherman over copyright infringement related to their popular song “Supercalifragilisticexpialidocious”. The individual plaintiffs claimed to be the composers of the allegedly infringed song and plaintiff Life Music, Inc., was the assignee and distributor of plaintiffs’ song. The defendants argued that the song in question was composed by the Sherman brothers, sung by defendant Julie Andrews in the popular motion picture “Mary Poppins” produced by defendant Walt Disney Productions.

The complaint alleged copyright infringement, arguing that the defendants had taken and reproduced elements of plaintiff’s song without authorization. Plaintiffs sought a preliminary injunction “restraining defendants from in anyway performing, copying, using or playing the musical composition”. Plaintiff Young additionally claimed that he was due damages for the defendants’ illegal use of his work.

The case was a high-profile one, with many celebrity witnesses called to testify. Eventually, the court determined that while there were some similarities between plaintiff’s song and the Sherman brothers’ composition, they did not constitute copyright infringement due to the dissimilarity of the two works.

In the end, the case was dismissed and plaintiffs did not receive any compensation from the court. The ruling highlighted the need for artists to properly protect their creative works in order to avoid potential infringement claims.

As this case demonstrated, copyright infringement lawsuits can be complex, high-stakes legal battles that may have significant financial implications for both sides. It is important for artists and creatives to understand their rights and responsibilities in order to protect their works from being copied or misused.

By understanding the legal implications of copyright infringement, artists can better protect themselves from costly lawsuits, financial losses, and other potential damages. Copyright law is an essential tool for protecting creative works and ensuring that creators receive proper compensation for their work.

The song “Supercalifragilisticexpialidocious” is one of the signature tunes from the classic 1964 Walt Disney Musical, Mary Poppins. Written by Richard and Robert Sherman, it was sung by Julie Andrews in the movie.

The song was the subject of a 1965 lawsuit, where the composers and distributor of an allegedly earlier version of the song sued Walt Disney Productions, Richard Sherman, and Robert Sherman. The plaintiffs argued that the defendants had infringed on their copyright by taking parts of their song without permission.

The court ultimately determined that while there were similarities between the two compositions, they were not enough to constitute copyright infringement. The case was dismissed and no compensation was awarded.

The 1965 lawsuit over “Supercalifragilisticexpialidocious” highlights the importance of understanding copyright law in order to protect one’s creative works from potential infringement claims. Knowing the legal implications of copyright law can help artists and creatives to better protect their work, ensuring that they receive proper credit and compensation for their efforts.

What is an FTO search and why do you need one?

Patent Trial and Appeal Board Sanctions (PTAB): What You Need to Know