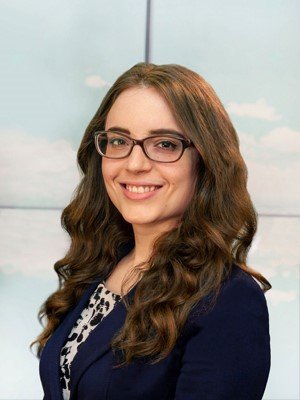 Alexandra joined Schmeiser, Olsen and Watts as an Associate Attorney in 2017.   She clerked for the firm during law school drafting provisional and non-provisional patents in the mechanical arts, and related office action responses. She has a background in biology and chemistry having studied environmental science and policy at Russell Sage College.  There, she designed and conducted an experiment measuring the impact of glyphosate on microbial population sizes in soil. Alexandra also has experience assisting start-ups. As a legal intern for the Albany Law School Government Law Center, she helped coordinate the law school’s inaugural annual Start-Up Law Day, an event connecting entrepreneurs with pro bono legal services. In that position, Alexandra also created guides for entrepreneurs on start-up basics including securing funding, founders agreements, and intellectual property protection. Alexandra gained first hand experience in technology entrepreneurship at the SUNY Colleges of Nanoscale Science and Engineering where she studied Entrepreneurship and Innovation in Nanotechnology for a semester in law school. As an extension of that course, Alexandra was a presenter for and a member of the Third Place business team in the Advanced Technology/Nanotechnology Track of the 2015 New York Business Plan Competition.  Alexandra was previously an Associate at a midsize firm in Albany, NY in its Energy Law practice group.

Litigation examples
Assisted with research and strategy in complex copyright litigation as a law clerk at Schmeiser, Olsen and Watts. Drafted pleadings and conducted extensive complex litigation research at her previous law firm. Represented the New York State Liquor Authority in an Article 78 action as a legal intern for the Authority’s Office of Counsel under student practice order; argued in front of the New York State Supreme Court Appellate Division, First Department.

Alexandra is a member of the Capital District Women’s Bar Association.  She is an avid consumer of classic science fiction literature and enjoys painting. Alexandra has been a dancer in a classical Indian dance and Bollywood ensemble since 2008.

Schmeiser, Olsen & Watts Hosts International Virtual Meeting – Schmeiser, Olsen & Watts hosted a Virtual Meeting attended by international attorneys and practitioners around the world.  The meeting was attended by 15 law firms from 14 different countries, and proved to be a great opportunity to discuss the state of the global intellectual property community in light of the pandemic and other global events […]